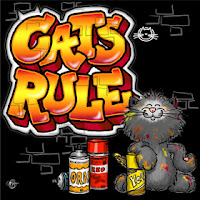 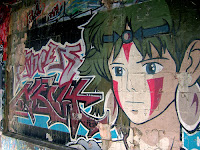 When someone tags something it is usually really elegant, colourful, really well drawn. These people have a real talent for drawing, they just don't know how to express it in an appropriate way. I will also say that some things people draw in their tags is quite inappropriate, no everyone wants to see what they drew. Some of the things that are drawn could go on display probably because they are that good. Graffiti isn't all bad, like swearing, gang symbols and other stuff is bad. Sometimes it is advertisement and even though advertisement is really annoying it isn't necessarily illegal, it's just annoying. Their is also really creative tags. If someone were to look at it they would say "That person worked really hard on that." If I came across graffiti that someone put a lot of work into it, I couldn't agree to get rid of it, maybe even I came across really inappropriate graffiti I would take time to acknowledge their work then may want it to go away

I find the really colourful graffiti that's good and positive really lightens up a town or city if that particular town or city is really dull and gloomy.
In today's day and age I find their is more inappropriate tags, but in the possibilities of what can get drawn are more positive then negative. 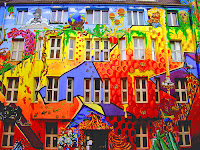 One thing we all know is graffiti will never stop, it will always be constant in today's age. No matter how much we want graffiti to stop it wont.
So in the end I guess I can't really hate graffiti or really like it. It is another art from, just used in the wrong way. The taggers should possibly be acknowledged and get into some sort of program to use their gift for good instead of evil. 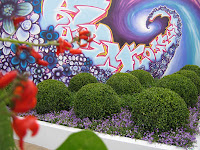 I can't just say I like graffiti because, even though I will take time to acknowledge the amount of time done into it if it was one of those "masterpieces," but I still won't support inapropriate graffitiwe don't need to see it. Now I can't say I absolutly hate graffiti because the other good, happy, amazing "masterpieces" I lik. I would however agree to bring down the tag total down a bit though, because their is places in the world where the graffiti count is very high, and it's basically all rude, inaproriate tags. If their is graffiti in a town or city it should be all good positive stuff, not bad and negative.
Thank-you Google for the pictures 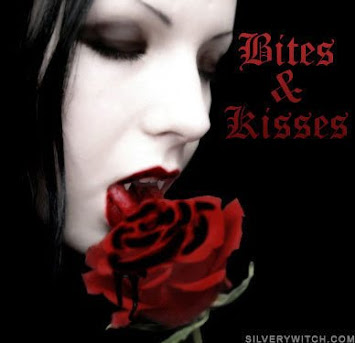 Jessi
Hi I am Jessica Schieckoff. The blog I made is called The Scarlet Rose, why because I thought it was catchy and I for one liked it. I am a grade 12 student and I am going back for another year. I love cats, and reading, writing, drawing, designing clothes. I absolutly hate Mathematics(sorry math teachers) but I can't stand it at all. I love Englisch. I have taken german for a year, so I know some stuff. I love helping people. I am a kind, creative, caring person. I am a good student, at thats about it for About Me.